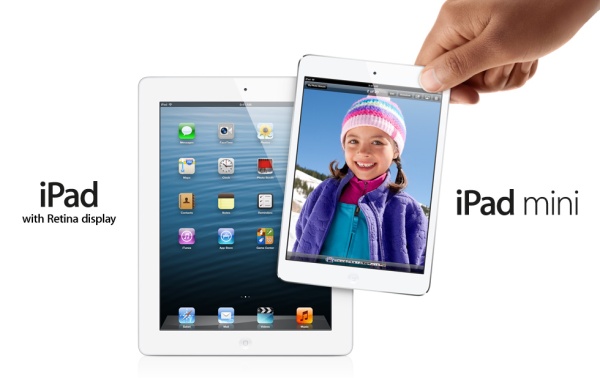 According to Apple Insider, the Apple’s iPad lineup is now on a twice-a-year refresh cycle, meaning that we will see update for both tablets in March. Apple Insider spoke to Brian White of Topeka Capital Markets, who claimed that the fifth-gen iPad and second-gen iPad mini would both debut in March.

The “iPad 5” is said to be lighter and thinner than the current fourth-gen model, which would be the first real redesign of the device since the iPad 2. The iPad may follow the design trends set by the iPhone 5 and iPad mini, whereby the device would be available in a White and Silver variation, and a Black and Slate variation. Although Apple normally issues improvements to a device’s camera and processor, this does not seem to be the case with the fifth-gen iPad, which looks to be more of a design update, rather than an internal overhaul.

As for the second-gen iPad mini, it is said to have the same form factor as the current model. It will likely have upgraded internals, such as a faster chip. Although no mention was made of a Retina display for the iPad mini, which if this new release cycle is in fact true, may be coming later this year.

The iPad has already been updated twice in a year, with 2012 seeing third and fourth-gen models being released, indicating that Apple may be altering the release cycle of its highly popular tablet.

Expect news regarding a possible March refresh to keep coming, as it is only a few months away, and manufacturing leaks are bound to occur.

Trying To Find Something?